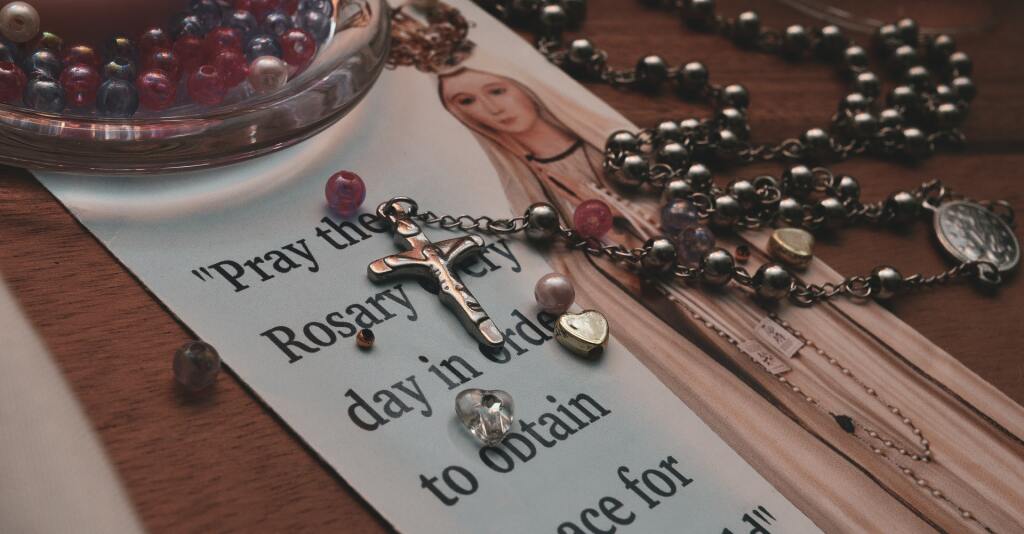 October is Dedicated to the Holy Rosary and Respect Human Life!

Note: Raffle Dinner Tickets will NOT be sold at the door.

· Please get the names of your deceased veterans in by November 8th for our Veterans’ Day Mass.

· Beginning Saturday, November 6th, First Saturday of the month Mass will be celebrated at 9:00 AM

The beginning of October has been very hectic. Please forgive my late email. Confirmation was wonderful. Bishop Sullivan was pleased with the class and the Spiritual Bouquet we gave him. If you didn’t get yours in don’t worry he stated he always needs prayers so keep on praying for the Bishop and the newly confirmed.

Did you see All Saints made the Star Herald with the blessing of the animals? Ralph the 60 year old box turtle was the star of the show.

There are so many things coming up!

The Bishops of New Jersey have reinstated the obligation to attend Mass on Sundays and Holy Days of Obligation as of June 5th & 6th. Please see the link provided:

As we continue in to open up more and more, please remember we all are going at our own pace. Let us put on our Sunday best, dressing modestly in respect for our Lord;(No shorts). Entering the church in prayerful silence, so as not to disturb the people who are praying. We have been given a second chance, in gratitude let us stay to the end of Holy Mass. Be patient with one another as we return to Holy Mass and other parish events.

Here is a quick video to show you how to sign on to FORMED and get great Catholic content: https://vimeo.com/358387590  All you need is an Email address and our zip 08332

Taxpayer dollars should NOT pay for abortion.

The majority of Americans agree with this - both Democrats and Republicans.

For 45 years, the Hyde amendment and similar laws have protected taxpayers from being forced to pay for elective abortion.

The Hyde amendment has been signed into law every year since 1976, whether the Congress and the White House were led by Republicans or Democrats.

The Hyde Amendment has saved nearly 2.5 million babies and mothers in difficult circumstances from the tragedy of abortion.

An overwhelming majority of Americans, including low-income women and women of color who are most impacted by it, support the Hyde Amendment and laws that prevent government-funded abortion.

​We urge you, in the strongest possible terms, to ensure that the Hyde Amendment and all similar life-saving appropriations riders remain in place during the 117th Congress and beyond.

Do not force Americans to subsidize the taking of innocent life. Oppose any bill, including any appropriations bill, that expands taxpayer funding of abortion.

Anyone, who has prepared for the Consecration to Saint Joseph, may make it at any time.
(If you are interested there will be other opportunities throughout the year)

The Alleluia was unearthed and we can sing out Alleluia!

Mass times are as follows:

Live streamed on the All Saints Facebook page at 10 AM
https://www.facebook.com/TheParishOfAllSaintsMillvilleNJ/?view_public_for=1231670793542623

Please tune in and join our parish family.

Confessions will be on the porch of the Rectory!

Wednesdays 12 Noon to 3 PM
Saturdays :  10 AM to 1 PM
Enter through Dock Street driveway

Join us in praying together throughout the day via telephone.

There will be announcements and updates at the beginning and the end of the prayers. Spread the word and join with the All Saints Parish family. 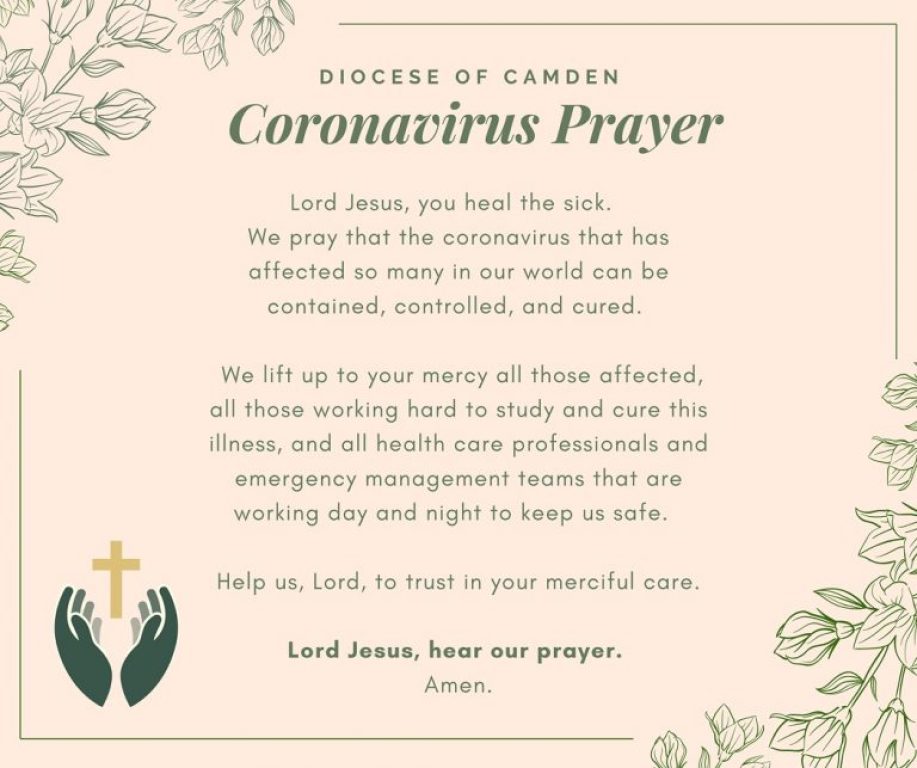 Scholarship Available to Parish of All Saints Parishioners

to St. Mary School in Vineland (Kindergarten through grade 8).

In order to be eligible you must be an active member of the Parish of All Saints. 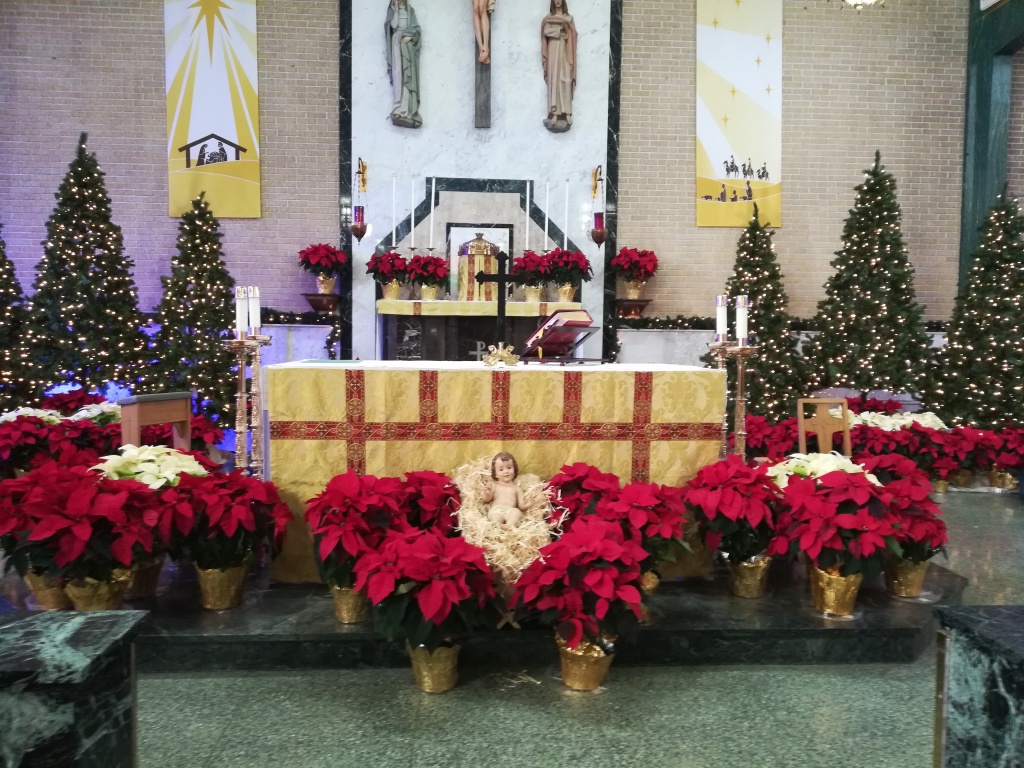 Merry Christmas and prayers for a
Holy and Healthy New Year!

July 2021 - Scammers are at it again. Please ignore/report as phishing/spam any emails received from "Rev. Peter Idler" It is not Father Idler and he would never contact you via email. They are trying to get your personal information. Please be aware.

Please be advised we are aware of attempts to try to solicit "assistance" from people on Facebook and other Social Media using the names of local clergy. Fr. Idler will never request "assistance" from anyone this way. They are also attempting to get people to send them an email. Do Not Respond!

Scammers never stop trying to scam people.
If you are contacted by anyone claiming to be a member of the clergy up to and including Bishop Sullivan and they are requesting the donation of Gift Cards, IT IS A SCAM! Please know that they are a fraud. The diocese asks you to please send the information to:
[email protected] So this issue can be investigated further. Thank you for your cooperation.

Weekday Schedule:
Monday thru Friday: 8AM

Confessions:
Wednesdays: 12 Noon to 3 PM
Saturdays: 10 AM to 1 PM
on the porch of the Rectory

We are sorry but due to health and safety concerns we can no longer accept clothing, shoes, bedding, stuffed animals, or toys etc. 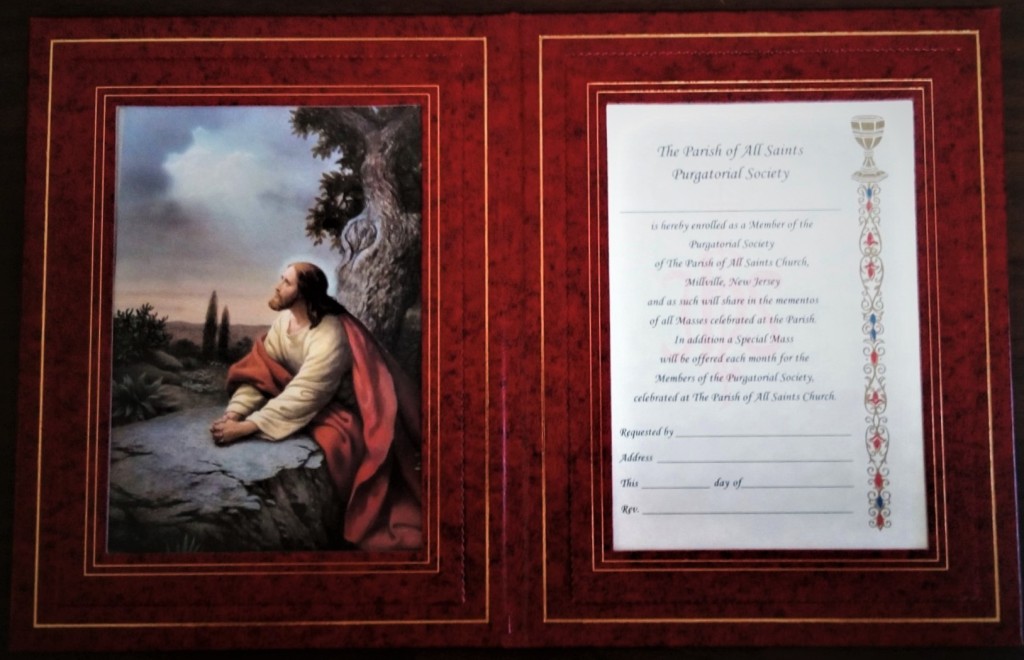 Stained Glass Windows of our Church - Photos by, Brian Kutner

Fun and Excitement at our Reverse Raffle Dinner Party!